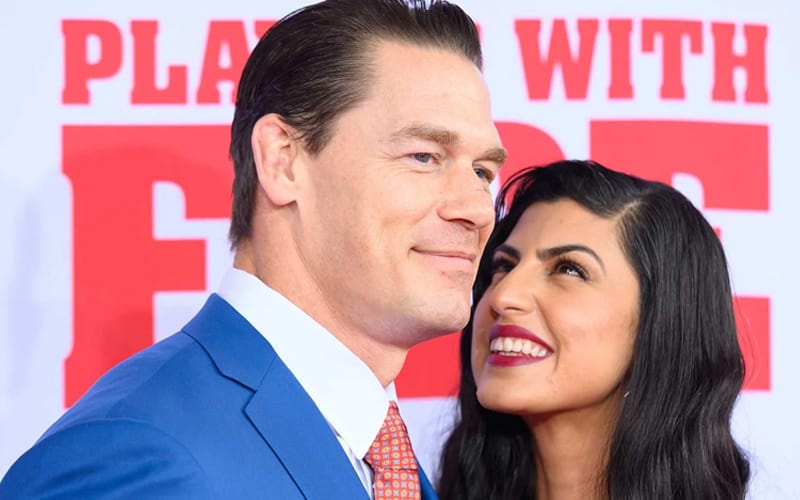 John Cena is now a married man. He tied the knot with Shay Shariatzadeh on October 12th in a private ceremony in Tampa. We haven’t seen any photos from the event yet, but the festivities were confirmed by several sources. You can click here to check out the couple’s marriage license.

Cena and Shariatzadeh are entering their life of wedded bliss, and they are receiving a ton of attention for it. Still, they were married for two whole days prior to everyone finding out about it. That’s impressive considering Cena’s level of celebrity.

John Cena tweeted out “get lost in it, just don’t get caught up in it.” This could relate to many things, but it might also be wise advice regarding his own marriage. There is certainly a lot going on in John Cena’s life, and getting started with his new wife has to take priority.

Cena’s career outside of WWE is taking off in a huge way. He will play Peacemaker in the upcoming Suicide Squad sequel, and HBO Max is already doing a spin-off prequel series for the Peacemaker character starring Cena.

When John Cena was in WWE we couldn’t see him. Now it seems that he’s everywhere we look.