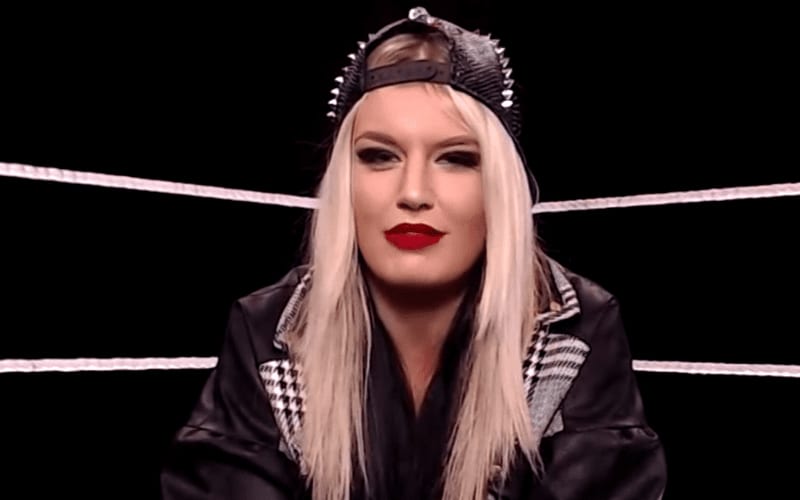 Toni Storm wasn’t on WWE television for a long time. There was concern that she might not be able to do much of anything due to the pandemic keeping her in the UK. She wasn’t a part of the NXT UK television tapings, but she surprised everyone at NXT TakeOver: 31.

Storm is back in NXT, and she plans to make an impression tonight on the USA Network. She had a chance to speak with Comic Book about her hiatus from the ring. She said it was refreshing as the experience became an eye-opening one as well.

“It was quite eye-opening for me having all this time off, but it was good for me physically, but not doing something that I love and that I was 13 years old, just so long, kind of takes a toll mentally.”

“I just realized that this is where I need to be more than anywhere in the world. It’s revitalized my passion as a whole. In a way, maybe the break was kind of a good thing. The bruises have healed and I’m ready to dive right back in, and it’s nice to start thing off with a clean slate.”

Toni Storm’s return was directly followed by Ember Moon coming back to the black and gold brand. Those are two big players in the NXT Women’s Division who are vying for the same spot. Things could make for an interesting situation very soon.