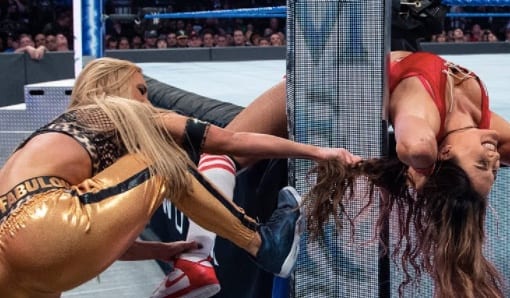 Carmella looks set to enter a new phase of her WWE career as she prepares to make an impact with this fascinating new character that we’ve seen over the last few weeks.

It’s a far cry from the Princess of Staten Island that we’ve seen for years now, and that persona really took off when she was called up from NXT during the return of the brand split.

She was put on the SmackDown brand which turned out to be the superior product to RAW for the better part of a year after the Draft took place.

SmackDown was known as the land of opportunity and four years later, the blue brand is back to a point where many consider it to be the real A-show.