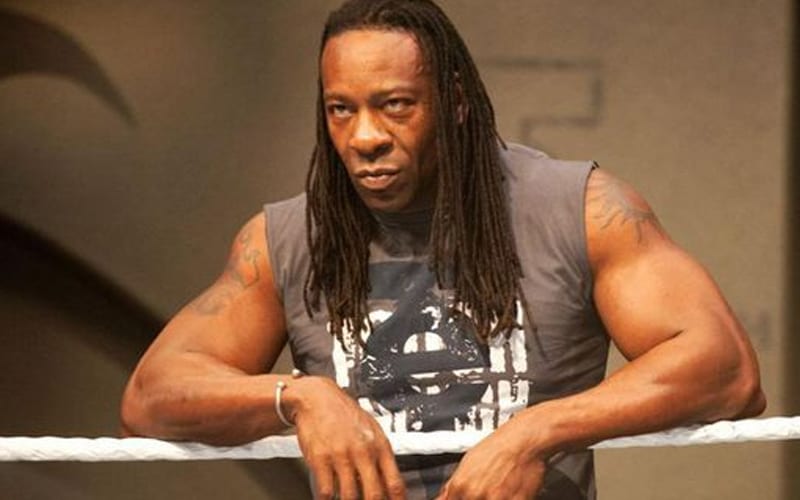 WWE issued a mandate to all Superstars with Twitch and Cameo accounts that was not well received. Vince McMahon’s company will take ownership of all accounts and those Superstars will have their payments divvied out to them. That money will also come out of the Superstars’ downside guarantees.

Paige already tweeted out about unionizing. Zelina Vega seconded that notion with a “thinking” emoji. Booker T has seen a lot of things change in the pro wrestling world and that includes how stars make their money.

While speaking with Wrestling Inc, Booker T discussed WWE’s new Twitch and Cameo policies. He said that it’s a “touch-and-go” situation right now as they figure out this new generation’s financial situation.

“One thing about the business and working in the business for 30 years, there has always been a protocol. There has always been a route to go for stuff like that. Back in my day we didn’t have Tik-Tok, Twitter, Cameo. I’m sure this generation is going to have to figure out how to make stuff like that work for truly going into business and making it work for themselves. It’s a touch-and-go situation they are going to have to work out.”

This could be a dangerous situation for WWE, especially if it is the catalyst that finally ushers in a Superstar union. Andrew Yang spoke passionately about this situation and he promised to do something about it if Joe Biden is elected President Of The United States.