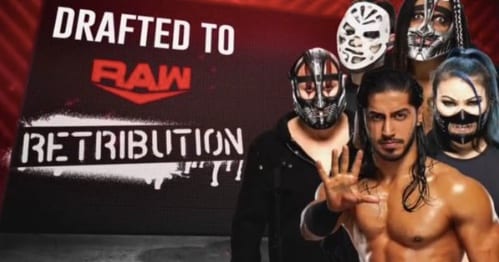 After much speculation over their place within the context of the WWE Draft, Retribution have now officially had their place on Monday Night RAW confirmed.

The faction is starting to build up some momentum for itself and as we look ahead to the future, there are some high expectations attached to the group now that Mustafa Ali has seemingly been confirmed as their leader.

The man himself, however, was quick to question the logic of them even being drafted at all.

Ali has already hinted that the faction will be going head to head with many of RAW’s top stars, and if they’re serious about becoming a consistent force in the company, that’s exactly the kind of booking they need to have.