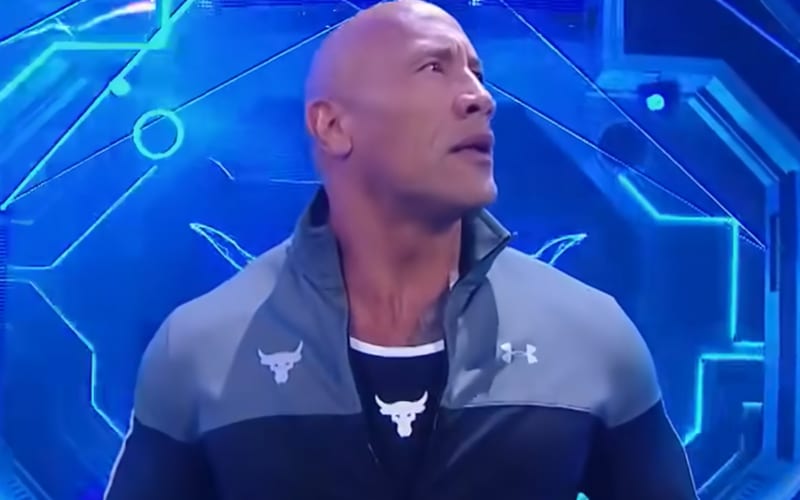 WWE debuted on Fox a year ago, and it was a huge show that kicked off with The Rock. That might have been a mistake considering how many fans stopped watching the show after the Great One left. It still stood as a powerful way to kick off Friday Night SmackDown.

During 83 Weeks, Eric Bischoff discussed the big FOX debut for SmackDown. He was executive director of the blue brand at the time.

Easy E said the show went “as flawlessly as it could go.” There was also apparently concern that The Rock would take 30 minutes instead of the 12 he was allotted. In the end, Dwayne Johnson did just fine when it came to keeping his time, but there was some worry that the Great One would take his time and cause a huge change for the show.

“The mood and the feeling was very high. It was very positive. The show went about as flawlessly as it could go. There was a lot of nervousness about Rock. Now I’ve never produced Rock or work directly with him as a producer. I’ve only worked with him briefly for a blink of an eye as an on-camera talent, but everybody was concerned that Rock was going to take his 12-minute promo and turn it into a 30-minute promo which as we discussed on this show before just collapse all kinds of other plans and other promos and length of match, it could be a real disaster when that happens.”

“So it was kind of like ‘Okay, he’s gonna open up the show, let’s keep our fingers crossed,’ and I think he came within a minute or two of his allotted time so once that major piece of business was taken care of and Rock came out and energized the audience and did what everybody expected The Rock to do and once he exited the building, then it was business as usual. It was exciting ‘business as usual’ and there was a lot more pressure and anticipation, but nothing out of the ordinary.”

The Rock taking 30 minutes of WWE’s debut on Fox might not have been a terrible thing for viewership. They peaked at 4,217,000 million viewers for the first 15 minutes of the show when Dwayne Johnson was on screen. They lost a ton of viewers after the Great One left.