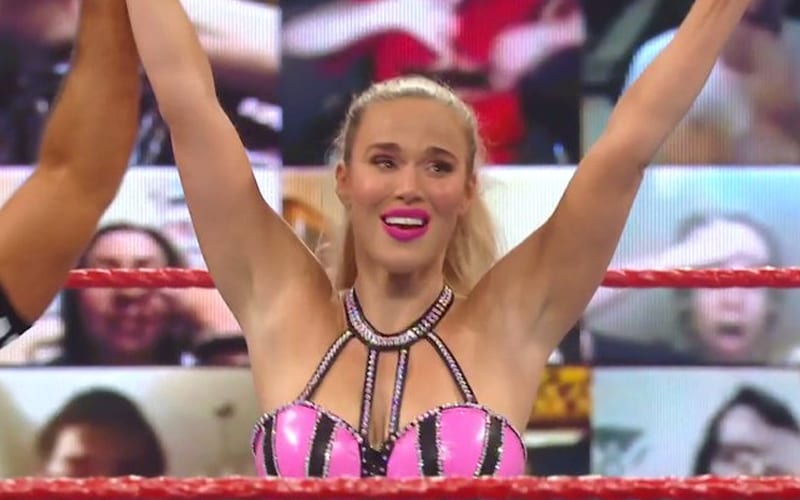 During WWE Raw this week, a dual brand women’s battle royal took place to determine Asuka’s new #1 contender. Lana took a bump through the announce table thanks to Nia Jax, but she wasn’t out of the match for good.

Liv Morgan, Ruby Riott, Lacey Evans, and Natalya were the final four in the ring. Bianca Belair was also impressive as she eliminated Shayna Baszler, but the EST of WWE is on SmackDown now.

Ruby and Liv were eliminated at the same time. Then it was down to Nattie and Lacey, the two women who squared off in Saudi Arabia. In the end, Natalya smashed Lacey against the ring post and put her out, but Nattie forgot about Lana.

Before Natalya knew it, Lana kicked Natalya out of the ring and claimed the #1 contender spot. Now Lana vs Asuka will take place for the Raw Women’s Title.