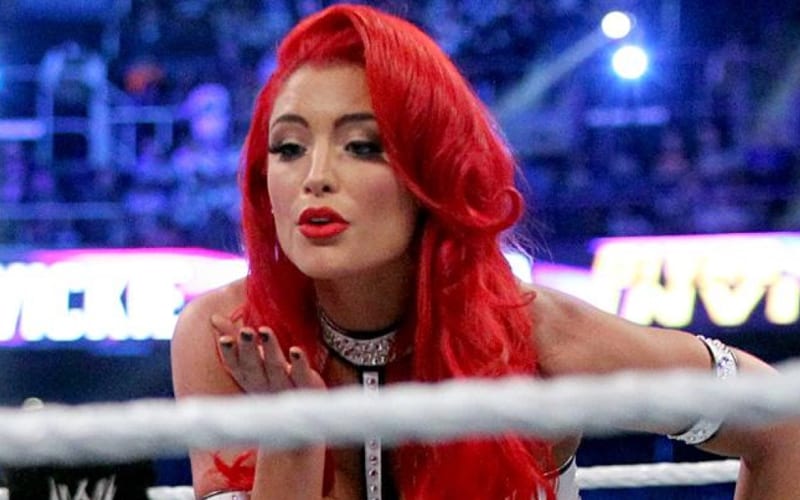 Eva Marie is set to make her return to WWE television very soon. Things look likely that she could return tonight for the second night of the WWE Draft.

According to PW Insider, Eva Marie is currently in Orlando, home of the Amway Center and ThunderDome. She needed to be cleared via WWE’s COVID-19 protocol, but it seems very likely that fans could see Eva Marie much sooner than later.

The second night of the WWE Draft will go down tonight. There are a lot of Superstars up for grabs. Eva Marie’s return could be an interesting addition to the draft activities.

As of this writing it’s unknown whether Eva Marie will wrestle or if she will simply be an on-screen personality. The 36-year-old left WWE in 2017 after signing in 2013. She was an original member of the Total Divas cast and she has been trying to get acting work since her departure.