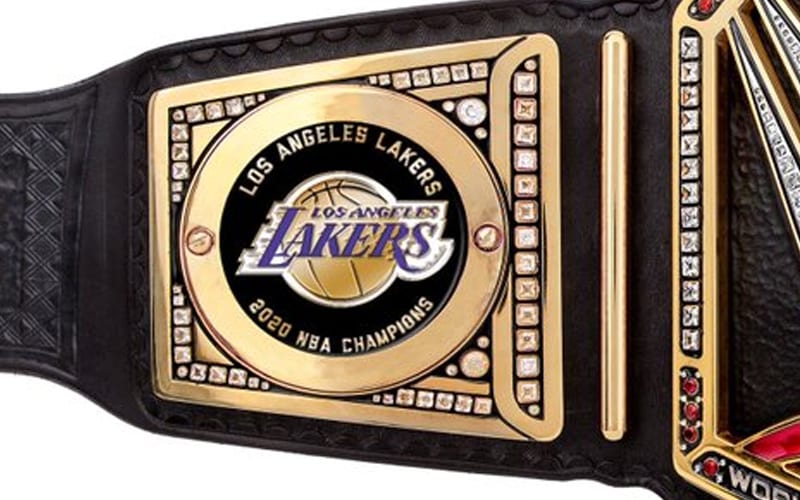 The Los Angles Lakers won the NBA Championship for the 17th time in the team’s history. This was a historic win that meant a lot more than just basketball to a lot of people.

WWE will often send champions their own WWE Title belt to celebrate their big moment. The LA Lakers will soon get a Title Belt from Triple H as he tweeted out:

This win for the Lakers was for Kobe Bryant who tragically died eariler this year.

Congratulations to the Los Angles Lakers and their elated fans from everyone here at Ringside News. If you’re not happy about the Lakers pulling down another championship then there’s always next season.