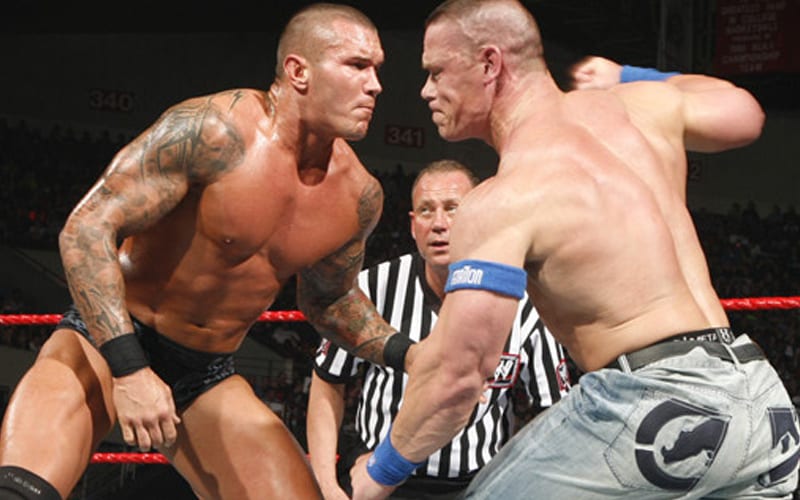 Randy Orton is continuing in WWE as a veteran who has grown a lot since arriving in WWE. He is a locker room leader which Ringside News covered in exclusive detail. We invite you to click here to read how Paul Heyman assisted him in that as well.

John Cena isn’t around WWE much anymore, but he had a lot of time with Orton, both in OVW and WWE. Cena and Orton’s experience with each other led John Cena to come to a realization that The Viper didn’t know how good he was.

During Busted Open Radio, Christian appeared on the show. He told a story about sitting backstage with John Cena while Randy Orton was in the ring applying his trade. Christian said that the two weren’t saying anything until Cena had to tell Captain Charisma what was on his mind concerning RKO.

“Randy, for as long as he’s been in the business, this is — when I was working with him for the World Title in 2011, I remember watching a monitor in the back, and I can’t remember who he was wrestling.”

“I was standing there with [John] Cena and we weren’t really saying anything, and the match ended, and he looked at me, and I looked at him, and I said to John, ‘The scary thing is, he doesn’t know how good he is.’ And Cena goes, ‘He has no clue’, and that’s the thing with Randy – he’s just so naturally gifted at what he does.

“He can’t tell you why he does the things he does,” Christian added. “It just kind of comes naturally to him, and to see him now take it to even at a different level, even with his promos, and his demeanor, and his performances in the ring, man, it’s just unbelievable.”

Randy Orton sent out a heartfelt tribute to Eddie Guerrero where he revealed how Eddie taught him what it was like to be a true locker room leader. Those values stuck with him through the years, but they didn’t have anything to do with his natural ability in the ring.

John Cena certainly noticed how good Randy Orton was, and he was not the only one.