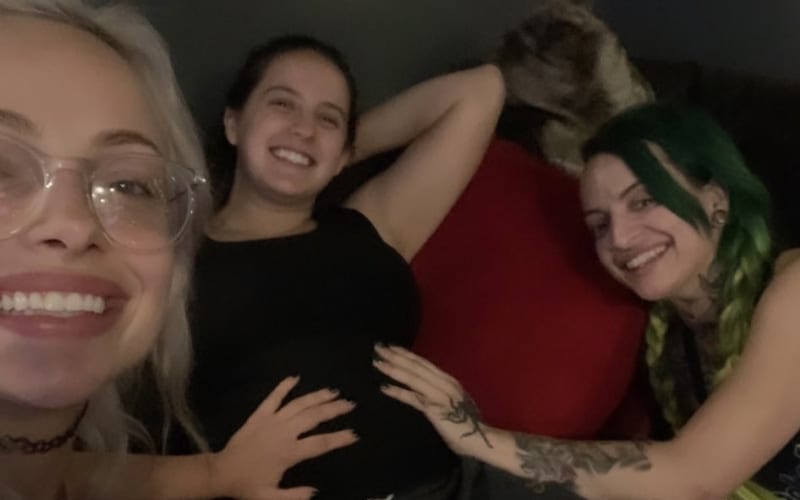 The Riott Squad are no longer a trio. Sarah Logan was released from WWE on April 15th, and then she revealed that she is pregnant with her and Erik of the Viking Raiders’ first child. They are having a boy, and they can’t wait to meet the little Viking.

Ruby Riott and Liv Morgan recently reunited with Sarah Rowe. We’re not 100% sure where this meeting went down, but Sarah Rowe was very happy to let her friends touch her baby bump. They also smiled for the camera in a selfie that Liv Morgan posted to social media.

Liv Morgan previously said that they want to change their team’s name, and even Ruby Riott is down for the idea. She said the Riott Squad doesn’t feel whole without Sarah around, but it’s ultimately WWE’s call. They own the copyright.

Sarah Rowe will also have her husband Erik around the house even more. He recently had surgery to repair his “cyborg arm.”