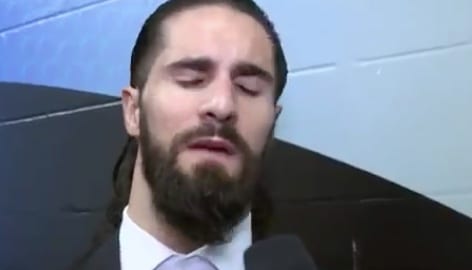 After years of being one of Monday Night RAW’s top guys, Seth Rollins has finally made the transition over to Friday Night SmackDown courtesy of the WWE Draft.

This could give Seth the chance to really thrive and grow as a performer with many wondering whether or not he’ll ever get back into the title picture on a consistent basis again.

After the move was confirmed, Rollins took part in an interview in which he seemed to confirm that, character wise, nothing was really going to be changing.

The standard move from WWE often seems to be turning an unloved babyface into a heel before eventually switching them back over to being a babyface, but it doesn’t feel like Seth is quite there yet.