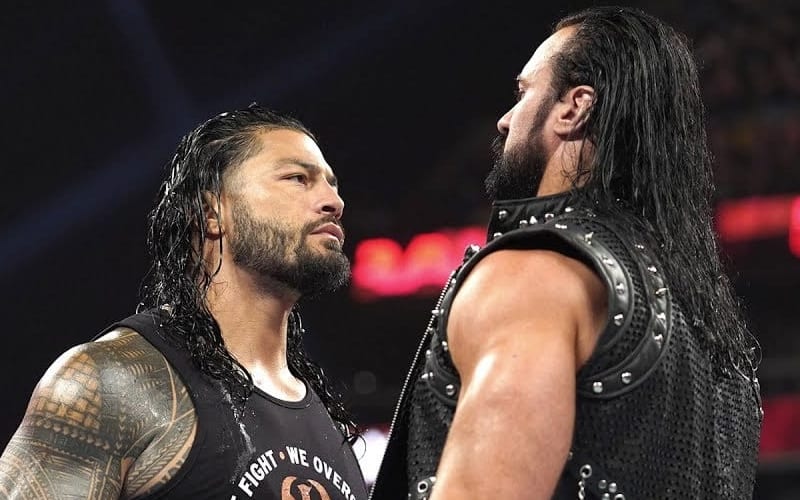 Triple H wants to see Roman Reigns take on Drew McIntyre, but not quite yet. He thinks that if given the time to really brew, that match could be one for the history books.

While WWE Raw panel at New York Comic Con, Triple H brought up Reigns vs McIntyre and all the potential a contest like that holds. If WWE is able to build that feud correctly it could be like Hulk Hogan vs Ric Flair.

“The draft is always an exciting time because it creates these — I think in some ways the fantasy moments like I’ll be honest I don’t want to see Drew McIntyre and Roman Reigns yet. I would love to see that percolate because I think that a couple of years down the road Roman Reigns versus Drew McIntyre is a Hulk Hogan/Ric Flair scenario, is a Rock/‘Stone Cold’ Steve Austin scenario, and you don’t want to hit that before it peaks. That’s what makes the draft so exciting to me is those moments in time where you were like, ‘well, what if?’ and then ‘what if’ becomes a reality.”

McIntyre and Reigns have also faced off in in recent memory prior to Drew’s big Royal Rumble push. It would be wise to keep them separated by brand lines.

Roman Reigns’ current creative direction is being greatly steered by Paul Heyman. He is the same man who orchestrated so much of Brock Lesnar’s feud with the King Of Claymore Country. If WWE gives McIntyre vs Reigns enough time to really percolate, then it could be a match that everyone is talking about for years to come. Stay tuned.