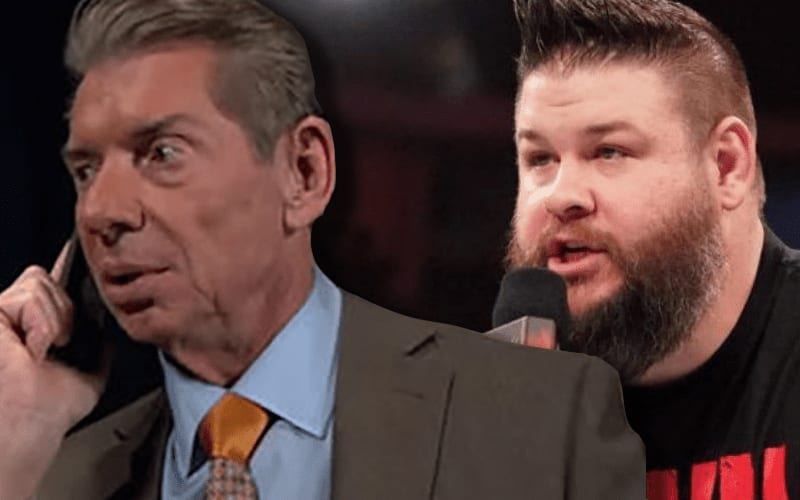 Vince McMahon is a very busy man, and it is often difficult to get a word with him. Kevin Owens described his career as a “roller coaster” in a recent interview with Bleacher Report. That was sometimes a hindrance in getting the boss’ ear.

Owens said that he can speak to McMahon whenever he needs to now as he has grown more comfortable speaking with him.

“I speak to him whenever I need to. There have been times where I didn’t feel as comfortable going to talk to him because my career has been a bit of a roller coaster in WWE.”

Kevin Owens said that Vince McMahon’s door is always open for him if he needs to speak about personal issues. He’s had conversations with McMahon about things outside the pro wrestling world. In the end, he is pretty comfortable speaking with Vince McMahon now, but that wasn’t always the case.

“As far as the personal stuff goes, whether it’s the handling of the virus or anything else like that, his door’s always open. I’d say we’ve discussed life matters more than anything wrestling-related over the past few months.”

I don’t know if he has that kind of relationship with everybody, but I’m pretty comfortable telling him anything I need to tell him and he’s always very receptive. He won’t always agree, but that’s the nature of humans and conversations, so I’d say we have a good relationship.”

Kevin Owens was the person who went to McMahon about social distancing and mask usage not being observed in the WWE Performance Center. After that, WWE put forth a fining policy and people followed the rules. That is just one of the many thing Owens has been able to approach McMahon about as they continue to have a good relationship.