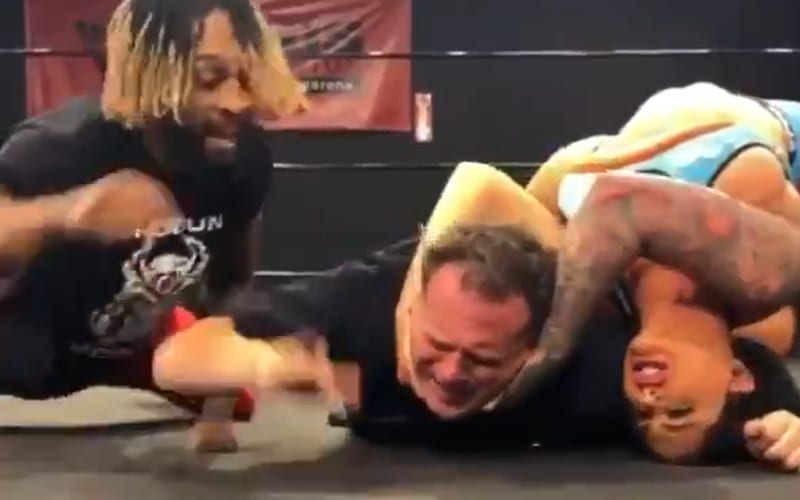 A conversation about police reform is currently going on in America and Chris Bey has his own way of contributing via social commentary. He uploaded a new video where Katie Forbes helped him out in a tough situation.

In this new video, a police officer was about take Chris Bey to jail as Bey said, “come on, it’s the dreads, it’s because I’m black, ain’t it?” Then Katie Forbes stepped in to stand up for Bey.

This police officer made a crude remark about Forbes’ figure, and then she challenged him to a match. The cop was certain he would defeat Katie Forbes.

The scene then cut to Katie Forbes with that police officer locked in a bridging submission. Chris Bey was right in the cop’s face saying “stop resisting, stop resisting.”

This was a very short video, but it made an impact. The clip was spread throughout the Internet Wrestling Community within minutes of Chris Bey posting it. You can check it out below.