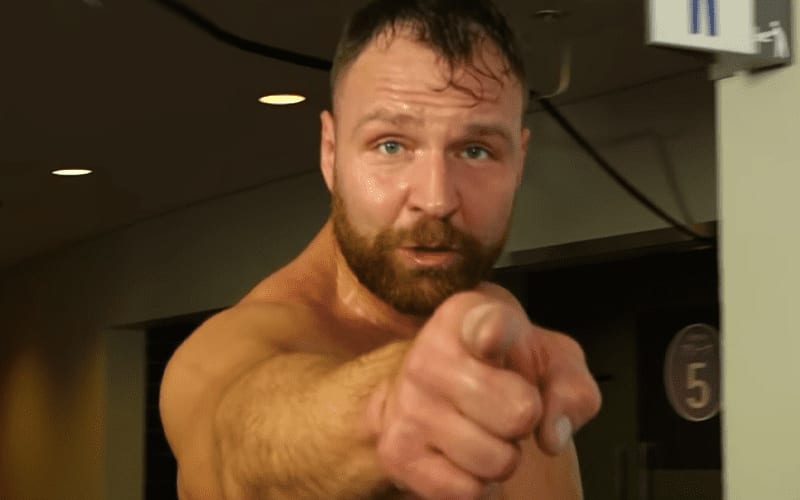 Jon Moxley is the IWGP United States Champion, but that doesn’t mean he can defend the title. He can’t work for NJPW events in the USA due to his AEW deal, and traveling to Japan is not happening despite the fact it isn’t impossible.

During Wrestling Observer Radio, Dave Meltzer discussed the current situation that Jon Moxley is in with NJPW and AEW. The first sign that the two companies are working together could be that Mox is allowed to wrestle at a NJPW event stateside. That hasn’t happened yet.

At this time, it is also not in the cards for Moxley to make the trip to Japan because it would require an additional two weeks of quarantine time. He can’t swing the two weeks since AEW needs him for Dynamite.

“I cannot imagine Japan letting an American [enter the country] in January especially because our country has done such a horrible job — I mean they’re not gonna let an American in unless they quarantine for two weeks and Moxley can’t quarantine for two weeks because he’s got to be in AEW every Wednesday, so I mean all of the logical booking that you would normally do it’s out the window because of all this.”

Jon Moxley has an AEW World Title defense against Lance Archer this week. Seeing how Cody just dropped the TNT Title so he could go film the Go Big Show, perhaps Moxley could do the same if he takes a little hiatus to quarantine so he can wrestle for NJPW after dropping his title to Archer? Nothing in that regard has been announced, or even hinted at, but it’s always a possibility. At this time Moxley is still holding a title that he is currently unable to defend.