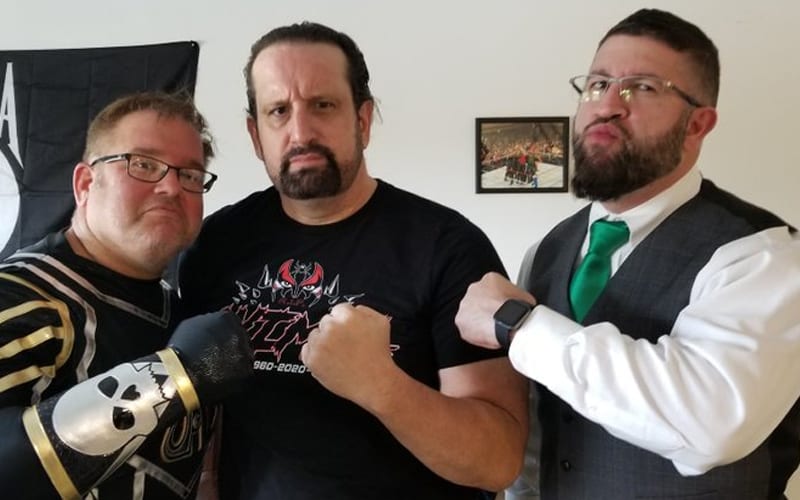 WWE released Shane Helms from his role as producer on April 15th. He’s had some time off during the pandemic, but he might be getting back to work very soon.

Tommy Dreamer posted a photo of himself standing between Helms and Scott D’Amore. He said “STAND BACK did I step in the middle of some IMPACTFUL negotiations.”

Scott D’Amore added more fuel to the fire when he replied asking:

Why is @ShaneHelmsCom in a suit? Why am I in a luchador outfit? Why is @THETOMMYDREAMER in the middle of everything??? Stay tuned to find out!

We’ll have to see what’s next in this situation. It wouldn’t be a big surprise to get some news from Hurricane very soon.