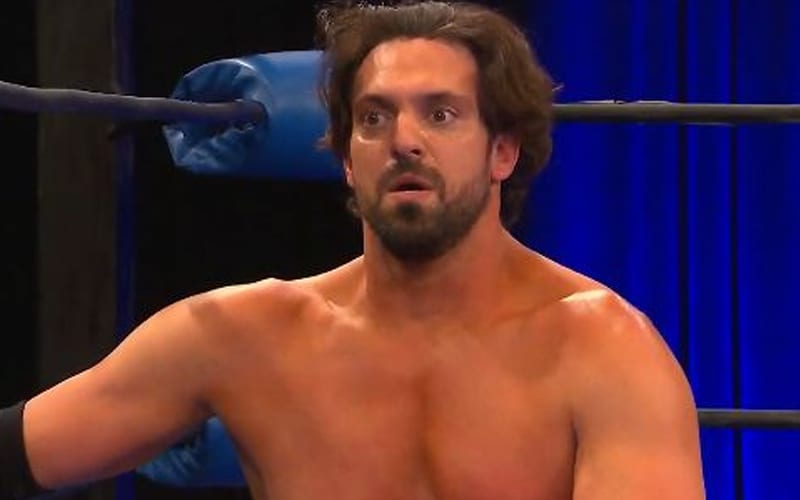 Aron Stevens is a featured performer for the NWA. As a Former NWA National Champion, he put in a lot of great work in the ring and commanded some attention, but he doesn’t expect AEW to call him.

While speaking with Wrestling Inc, Aron Stevens was asked if he might go to AEW just as Thunder Rosa did. Stevens was quite frank when he explained why he didn’t see that happening.

“I don’t think so. No one has contacted me from AEW, and I can’t foresee anyone contacting me from AEW. Maybe I’m wrong. Maybe I’m not, but I have my own theory on that. It is what it is.”

“There’s plenty of other options, but I think the AEW product, they have so much potential, and I’m just so happy to have people like Thunder Rosa go there and highlight her talent. And I think AEW, it’s providing a very good alternative, and they’re doing some great stuff.”

Thunder Rosa provided AEW with a bigger name they could highlight on their programming. Their women’s division took a huge hit when Joshi wrestlers couldn’t come in due to the pandemic. Injuries to Britt Baker and Kris Statlander were awful for the division as well. Thankfully, Hikaru Shida was in the United States when the pandemic hit as she and a couple others have carried the AEW Women’s Division since March.

Aron Stevens understands the situation that brought Thunder Rosa to AEW, and he doesn’t expect to be called in the same capacity.