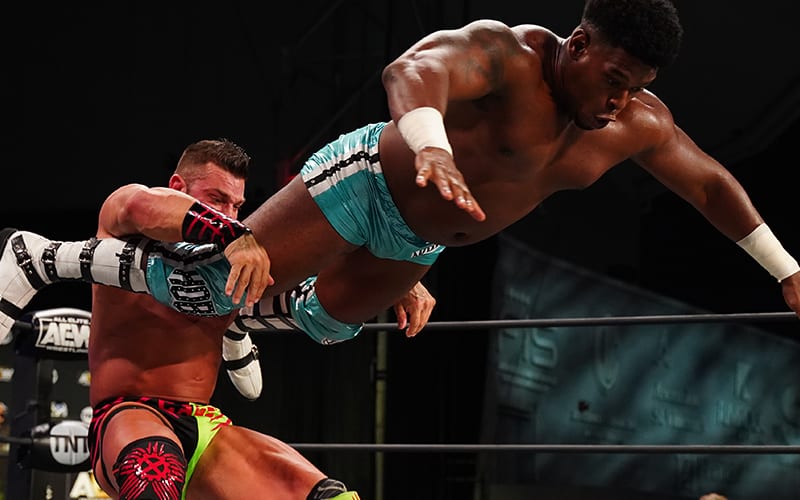 AEW presented another episode of Dynamite this week, and the FTW Title was on the line. Brian Cage defeated Will Hobbs, but AEW made sure to create a situation where Hobbs looked good even while losing.

Dave Meltzer opened up during Wrestling Observer Radio about AEW’s booking of Will Hobbs. He explained that AEW presented that match with the intention to get Hobbs over even though he didn’t win the match.

“I don’t think that people expected Will Hobbs to win and he did better than they expected so in a sense it’s a good thing. If you’re gonna beat him they probably did the best job possible of making him look good before beating him and at the end where Taz even said that he did so good he wanted to recruit him, so I thought that was a good thing too. I thought that was a good touch.”

“They were very much, I mean the goal of this match was very much to protect Will Hobbs and to make Will Hobbs look good while beating him at the same time which is not the easiest thing to do. I mean WWE tries to do that a lot and when you do this 8 times out of 10 you usually end up failing, but I think this was the exception to the rule.”

It is evident that more ring time would benefit so many AEW stars including Will Hobbs. He is learning on television, but the California native already has a lot of talent that is on display every week. He might not have won this week on Dynamite, but Will Hobbs’ loss to Brian Cage proved that you can look good even in defeat.