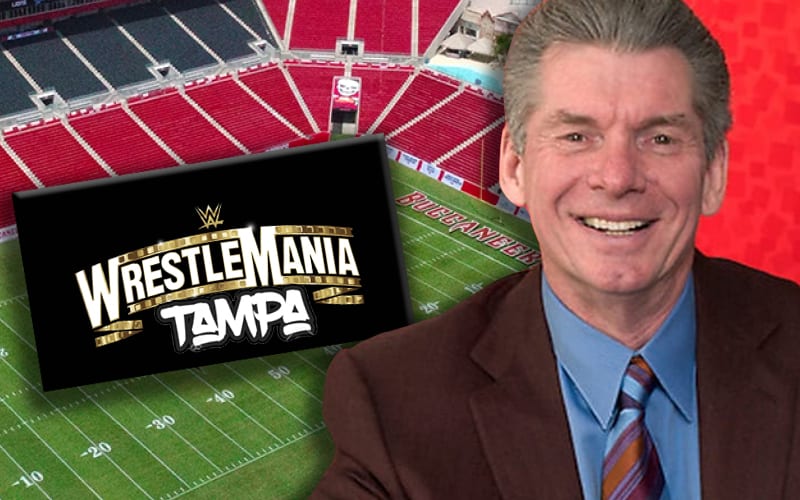 Ringside News exclusively reported in July that WrestleMania 37 will be coming to Tampa. SoFi Stadium is out and WrestleMania might try to Go Hollywood again in 2022.

Wrestle Votes followed up our initial report by confirming that Vince McMahon’s wish to get a full crowd inside a stadium is going to happen. The Chairman has been holding until he can fill a stadium. It appears Ron DeSantis gave Vince his wish.

The state of Florida will begin allowing full capacity attendance for stadiums events.

Vince has been privately holding out hope for a full capacity WrestleMania. He gets his wish. Whether or not 65K fans show up is another question.

WWE and the state of Florida have a great relationship. Linda McMahon promised $18.5 million to the state one day prior to Governor Ron DeSantis declaring that productions like WWE were an essential service in his state. Now that Florida is in phase 3 the company can have crowds again.