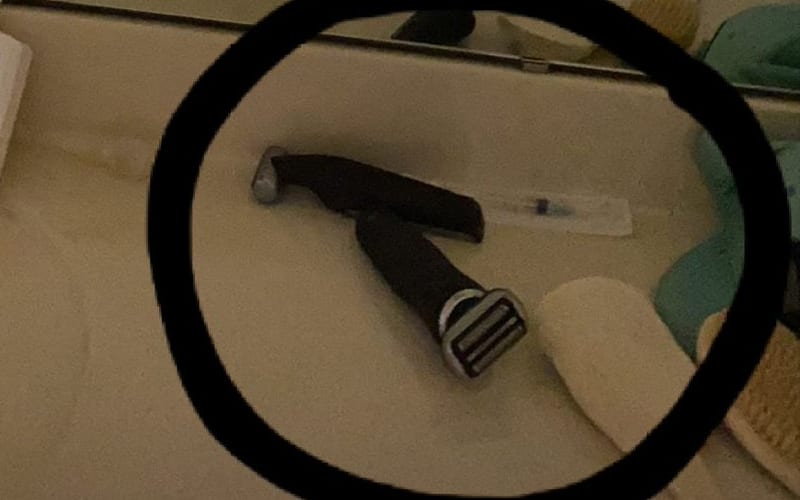 Braun Strowman posted a photo on Instagram and it included a syringe on his bathroom counter. He deleted the photo in a hurry, but then he explained himself.

The former Universal Champion was just trying to show off his ripped abs. Then the sighting of a syringe made some fans think that the Monster Among Men is on the juice. He cleared things up. It’s just b12 shots.

“For everyone trying to make a big deal about the last post I did and delete. I take b12 shots everyday because my body is super sensitive to caffeine and I can only use so much without feeling like I’m having heart palpitations.”

This was a pretty big mess up to make for Strowman. Thankfully, he had a reason for having a syringe around. He also uploaded a video demonstration, but we must warn you not to click play if you’re squeamish of needles.

This is also an important lesson that you should always check the background of your photo for unintended items before posting anything to social media.