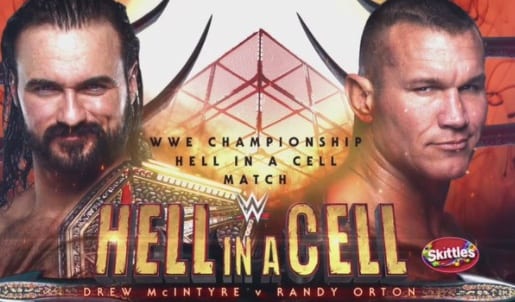 As seen on Sky Bet, the betting odds for Drew McIntyre vs Randy Orton at WWE Hell in a Cell have been released.

Drew has been able to see off the challenge of Orton on a few occasions now, but The Viper will still get another chance to capture the WWE Championship when the two meet inside the demonic Hell in a Cell structure.

Many fans have expected to see Randy claim the title for a while now, but McIntyre continues to defy expectations.

In terms of the odds, McIntyre is the clear 8/11 favorite to retain the WWE Championship whereas Orton is a slight 1/1 underdog to once again reach the top of the mountain.

While we have seen this match happen a few times now the Cell will definitely add an extra element of unpredictability to this ongoing rivalry.