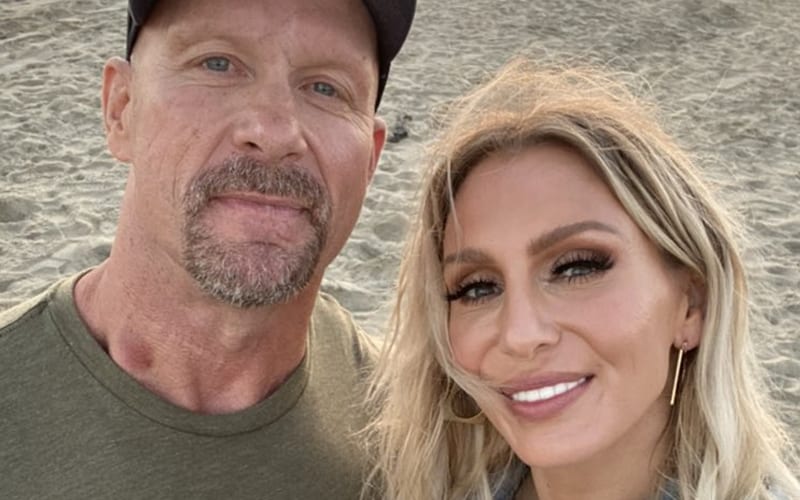 Steve Austin and Charlotte Flair were recently spotted together on the beach. We’re not sure what the two were up to, but it is a moment that made its way onto Flair’s Twitter timeline.

The Rattlesnake has a lot of projects going. It could be possible that Charlotte Flair is helping out with something Austin is doing. The Queen also has a few projects in the works during her WWE hiatus.

They might have just happened to run into each other on the beach. It still made for a great photo-op.

“Hell yeah,” Flair captioned the photo of herself and Austin. It’s good to see Austin and Flair since neither of them have been on WWE television for a bit.