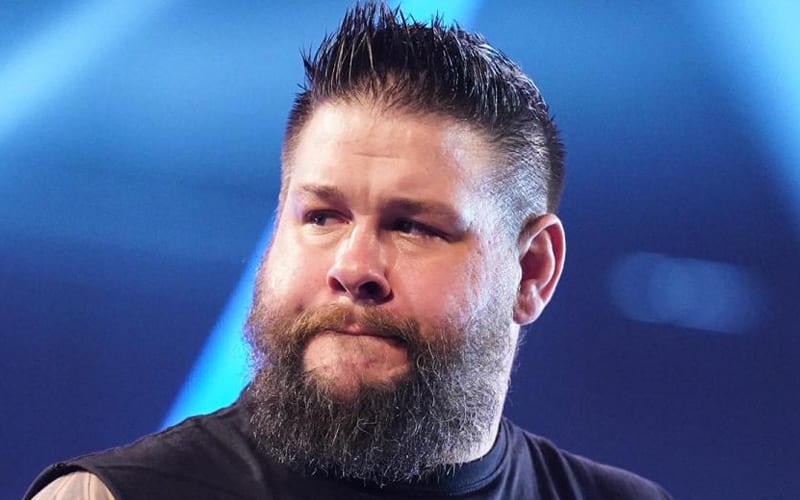 Kevin Owens recently went through a scary experience as his family’s 11-year-old cat Chocolate went missing. After looking for their cat for 15 hours, Owens had to go to RAW and “get my head kicked in” as he put it. After his time on RAW was over, Owens went right back on the hunt for Chocolate.

He packed up his daughter’s pink princess backpack full of flyers and went back out to canvas the area again. They put up flyers the night before, but Owens was determined to find his cat. Then Owens saw his old friend who looked scared and very tired.

I started to feel hopeless. I came home and decided to go back out on foot. I packed my flyers in my daughter’s pretty little princess backpack and set off with a flashlight to search for him and put flyers out. As I’m crossing the street, I look to my right and who do I see crossing the same street in the opposite direction a few blocks down?

Kevin Owens said the greatest feeling was bringing Chocolate home and seeing the look on his family’s faces. This was a pretty cool story, and Owens doesn’t know why he shared it, but we’re glad he did.

We like to think that Homeward Bound: The Incredible Journey is based on a true story. Chocolate would have hopefully found his way home soon enough, but Kevin Owens was luckily there to save him some time.