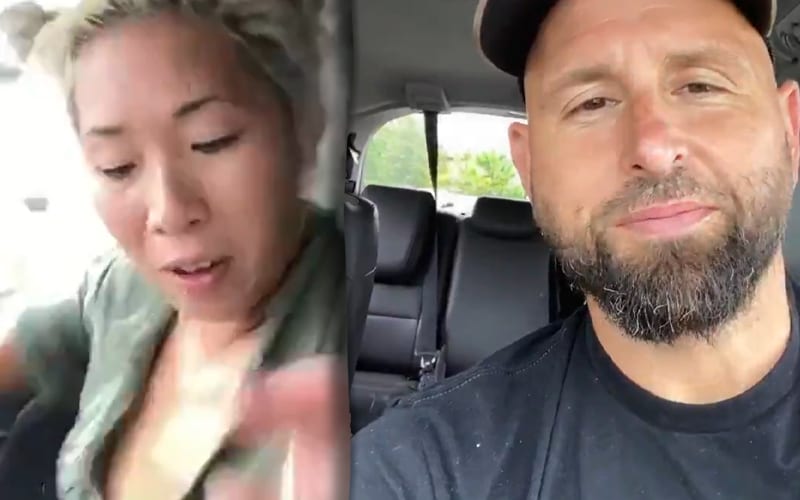 When Karl Anderson needs to warn fans about explicit language you know a video has some profanity in it. That is the case when he recently pranked his wife.

We’ve all seen videos where a driver will wake up his sleeping their sleeping copilot during the ride. When Anderson tried this recently he got an earful of F-Bombs and S-Bombs. His wife was snoozing away during a road trip and he jostled her which woke up a string of swears that would make a sailor blush.

WARNING GRAPHIC LANGUAGE: I just wanted to let her know that we had reached our destination

#WheezeLaugh on the out.. Have a good day..

Karl Anderson and many more will have plenty of chances to use profanities in their new animated series “The Gimmicks.” You can check out a clip from that show here that roasted Vince McMahon and Triple H.