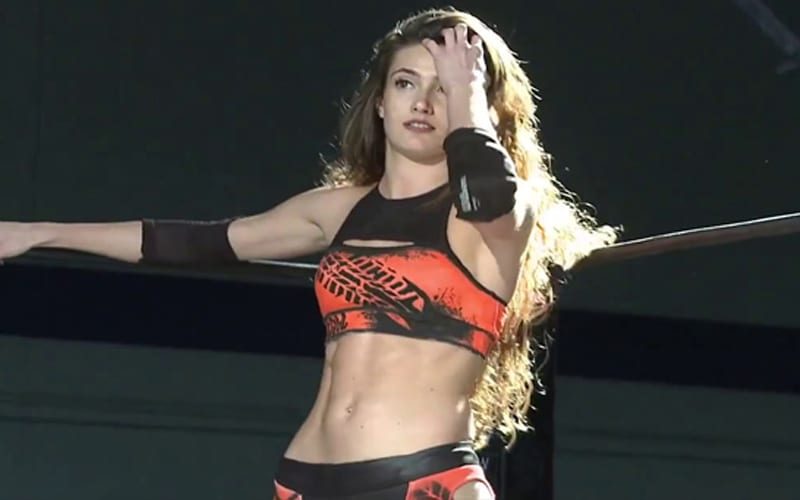 WWE is always looking for new talent, but the pandemic has made arranging tryouts a bit difficult. That won’t stop WWE hopefuls from training hard for their big opportunity.

According to Fightful, Amber Nova has been training in catch wrestling with Low-Ki and others. She hopes to get a WWE tryout, and she has also been in contact with the company.

The pandemic makes it harder to arrange tryouts, and this is something she understands. That won’t stop Amber Nova from putting in “a ton of extra work” as she continues to “aim for a contract.”

It was noted that Amber Nova would much rather get a WWE contract to train than simply appear as a free agent doing jobs on television in enhancement matches.

Nova is also local to the area after she moved to Florida several years ago from the Northeast to pursue a career in professional wrestling. On a side note, if you’re trying to find more information about Amber Nova, we suggest that you use “wrestler” with your search because she shares the name with an adult model. WWE will likely fix that issue if they sign her.