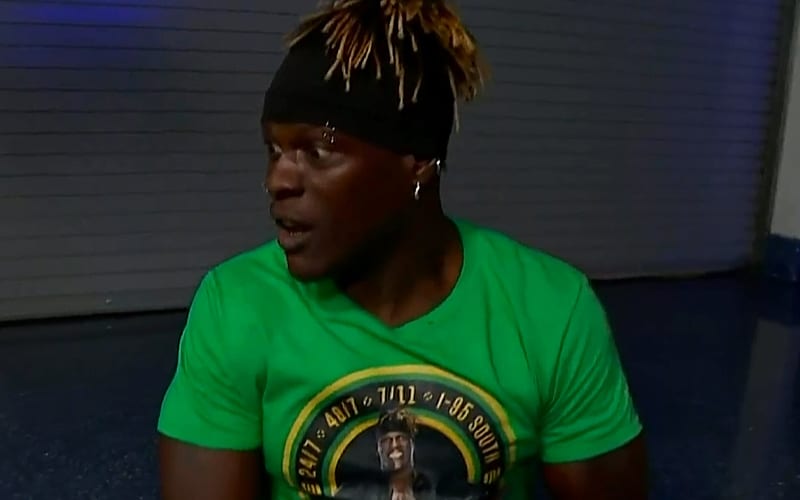 Update: R-Truth later won the title back in a dumpster. That started his 42nd reign as WWE 24/7 Champion.

Original: You never know what can happen when Raw is live. Now there is a new 24/7 Champion.

R-Truth was talking to Little Jimmy about the WWE Draft. He did a mock draft and had Little Jimmy going to SmackDown third. Suddenly, a masked janitor attacked Truth.

Gulak ran off with his title as a very happy man.