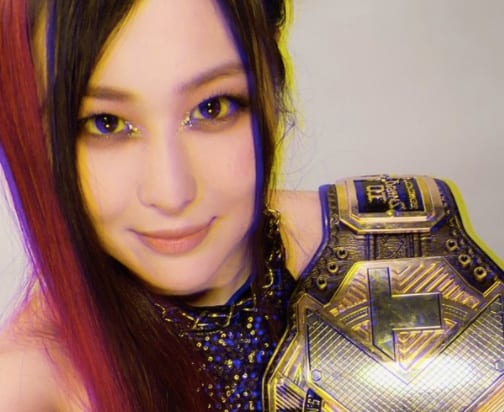 Io Shirai successfully defended her NXT Women’s Championship against Candice LeRae last night in a fascinating encounter between two of the division’s finest.

Shirai is really starting to make a name for herself as champion and as we look ahead to the future, it looks like she’s going to be busier than ever now that Toni Storm and Ember Moon have both made their return.

On social media after the match, Shirai was full of praise for Candice – but she also wanted to send a message to anyone that wants to come after her title.

Shirai has been positioning herself as one of the most exciting champions in WWE for months now and as she attempts to fend off even more challengers, we can’t imagine that trend is going to change anytime soon.