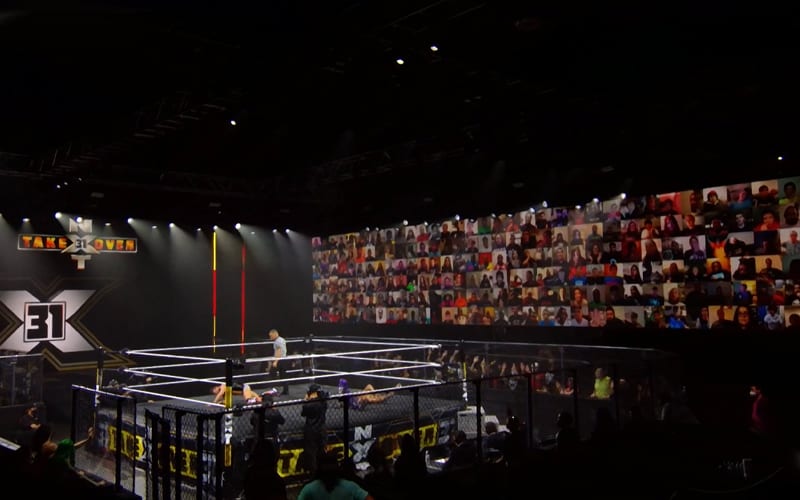 WWE opened the Performance Center after renovation, and they changed a lot about the building including the name. The WWE PC is now the Capitol Wrestling Center. They are allowing live fans to return, but there’s a catch.

The company will continue to have live fans at the tapings every week, at least that is the plan. According to Fightful Select, WWE is only letting fans in the Capitol Wrestling Center on special invitation.

Those fans must pass a COVID-19 test on Tuesday prior to the tapings, and their temperature is checked at the door of the Capitol Wrestling Center before entering.

Fans were also told that they have to wear a mask at all times while in the building. There is no exception to this rule and they also must abide by social distancing guidelines. On top of that, those fans must also sign a “limited liability waiver” along with completing a basic health questionnaire.

WWE wanted to bring back fans, and they figured out a way to get that done. Any fan lucky enough to attend those Capitol Wrestling Center tapings will certainly have extra work prior to attending.