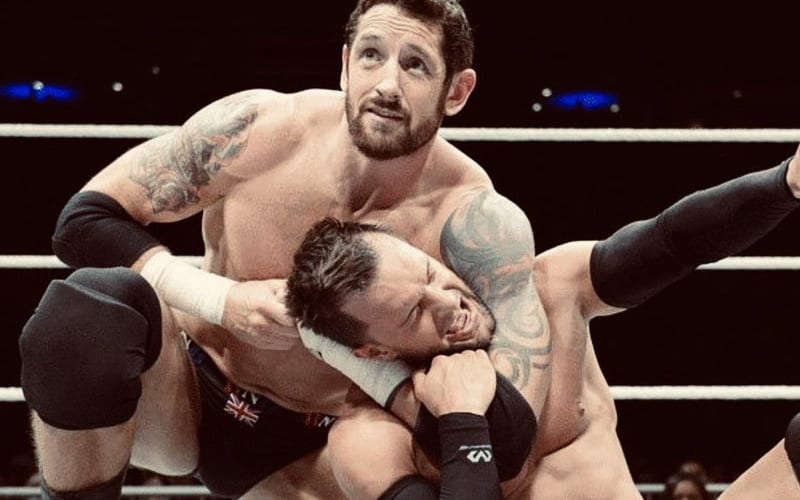 Wade Barrett aka Stu Bennett returned to NXT recently to join the commentary team, returning to WWE a few years on from his initial departure as an in-ring competitor.

During his first stint with the company he made a lot of headlines and wrestled some great superstars, to the point where he came within seconds of capturing the WWE Championship during his feud with Randy Orton.

One of his lesser known bouts, however, saw him go head to head with Finn Balor.

Pic from my only ever singles match vs current @WWENXT Champ @FinnBalor (Singapore, 2015).

Shortly after this was taken, Finn caved my chest in with the Coup de Grâce for the ‘W’.

Barrett will likely be calling the action tomorrow night as Balor attempts to fend off the challenge of Kyle O’Reilly when the two men battle it out to determine who walks away with the NXT Championship.