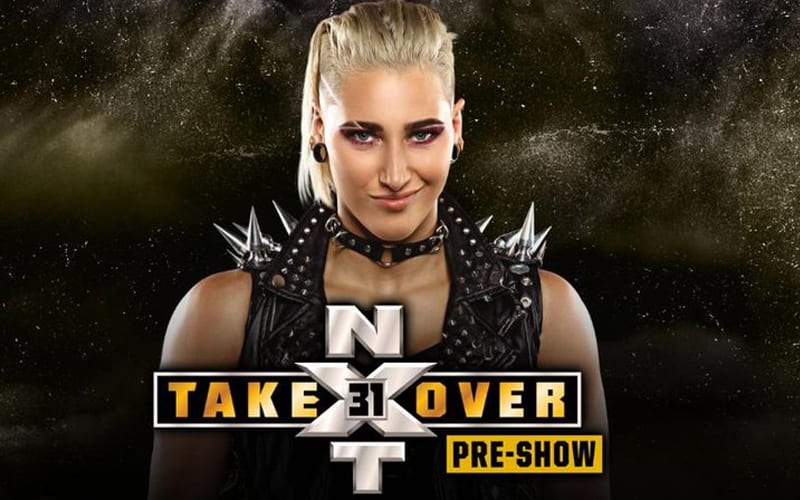 Rhea Ripley isn’t booked for NXT TakeOver: 31, but she’ll certainly be there. Now fans can have a chance to see the former NXT Women’s Champion prior to the event.

WWE revealed that Rhea Ripley will appear during the kickoff show prior to NXT TakeOver: 31. The kickoff show will start at 6:30 PM EST with the main card beginning at 7:00 PM.

What will @RheaRipley_WWE have to say about @RaquelWWE on the #NXTTakeOver 31 Pre-Show tonight?

No matches have been booked for the kickoff show as of this writing. Rhea Ripley will be on hand and apparently continue her feud with Raquel Gonzales as the two are destined to collide.

We will have complete coverage of WWE NXT TakeOver: 31 right here at Ringside News.