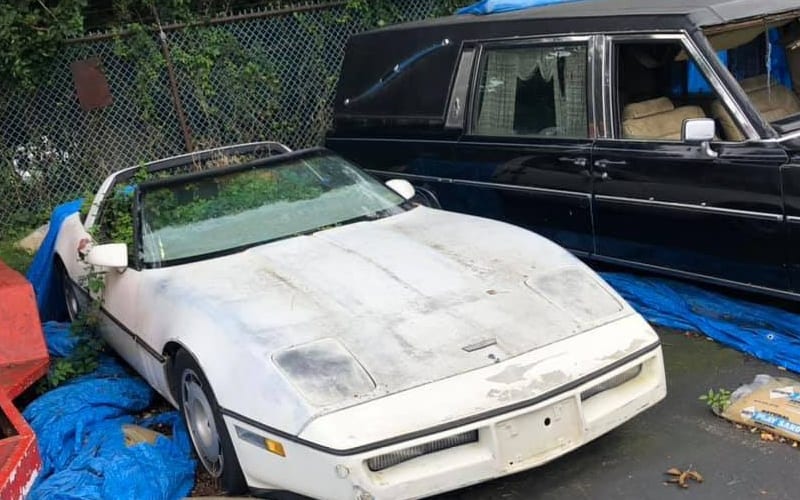 WWE television has featured many famous cars in the past, but some of them were completely abandoned. Many vehicles that were featured in classic WWE moments are now rotting outside without any place to put them in Stamford.

A reader of Jalopnik recently uncovered Vince McMahon’s legendary cement-filled Corvette. This Corvette was said to be worth $50,000 when Steve Austin filled it with cement. It is still filled with cement, and sitting outside. It is also filled with weeds as twenty years in the lot turned this famous Corvette into a garden.

This WWE artifact is outside along with many other vehicles from WWE History. Without a physical WWE Hall Of Fame, there is no place to put these rides that were trashed for one reason or another on WWE programming.

You can check out some photos below. It might be wise for WWE to auction off some of those vehicles. Odds are there are fans out there with the money to buy those cars and a better place to put them.