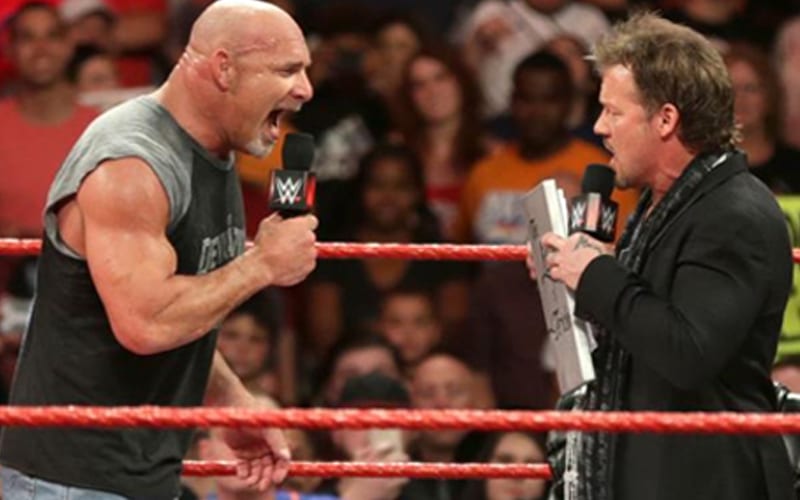 Goldberg has more matches to go with WWE, but he also has friends in other companies. Chris Jericho and Goldberg were pitted against each other in the past, but they actually have a good rapport according to Le Champion.

During his Saturday Night Special, Chris Jericho spoke about Goldberg. He gave his real opinion about the former Universal Champion, and it’s not as bad as some fans thought.

Jericho said that despite the times when there was animosity over the years, the two actually hung out with each other and went to hockey games. The Million Viewer Man said that he has “nothing but love” for Bill Goldberg at the end of the day.

We’ll have to see if the unpredictable world of pro wrestling ever puts Jericho and Goldberg in the same ring again. It’s not looking likely at the present moment, but few things are 100% certain in this business.

One thing we can take away from this revelation is that the heat some fans thought existed between Jericho and Goldberg simply isn’t there.