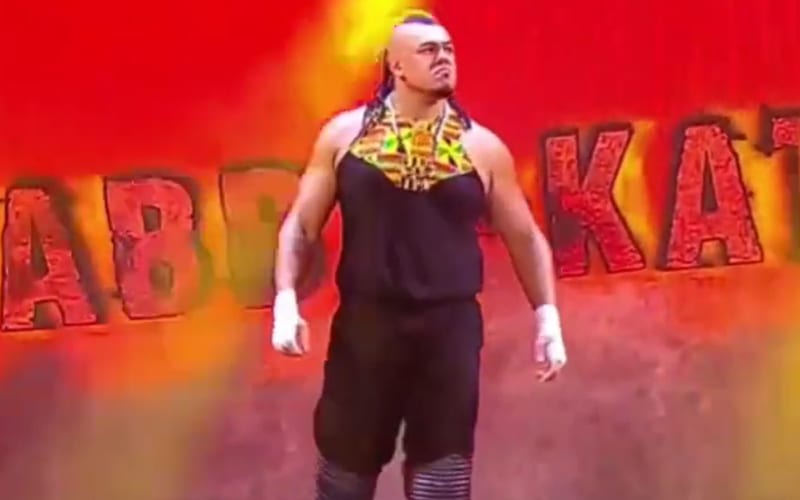 WWE RAW featured a fight on RAW Underground with Braun Strowman vs Dabba-Kato a couple of weeks ago. There was a big problem with the first segment that they booked for the ring because Dabba-Kato didn’t have an up-to-date entrance package.

During The Nitty, Gritty, Dirty Show, Billi stated that WWE had to scramble to get Dabba-Kato’s entrance graphic done. The company previously called him Babatunde which is his real name. We previously reported that WWE changed his named because they didn’t want him going to AEW as Babatunde after getting exposure on WWE television.

According to the report, WWE still had Babatunde’s name on the screen for his entrance video package. WWE changed his name to Dabba-Kato, but they hadn’t needed to use his entrance package since he was only on RAW Underground up to that point.

WWE didn’t want “Babatunde” on the screen which they still had from his appearance in the Greatest Royal Rumble. They scrambled backstage to make the change. This is reportedly why Dabba-Kato’s video screen was just his name in plain text.

They had no other video of in-ring action to go along with it because it was a last-minute move to change up his video package as they forgot to correct his name.