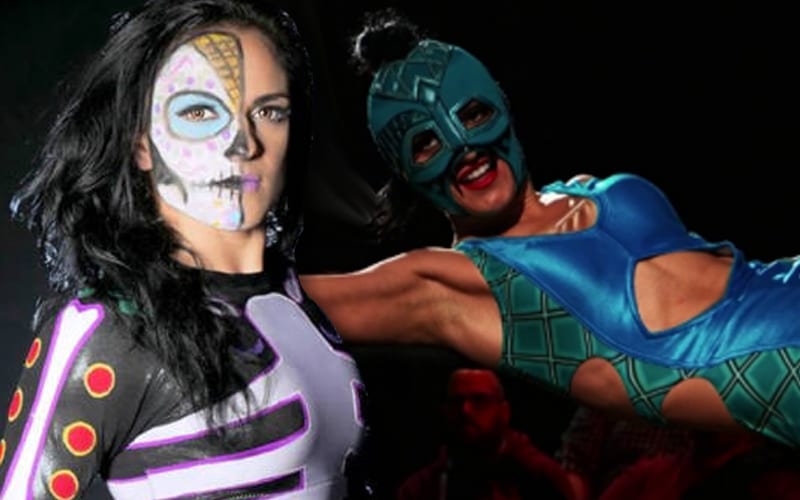 Thunder Rosa is the NWA Women’s World Champion, and she has competed for AEW in recent memory. She was on Lucha Underground as well, but some fans might not realize it because she wore a mask as Kobra Moon.

Rosa made a name for herself, and there were plenty of opportunities. Her deal with Lucha Underground prohibited her from taking advantage of everything she could have. The way Lucha Underground presented her also gives Thunder Rosa reason to believe it stifled her career.

While speaking to Wrestling Inc, Thunder Rosa explained that she knew her Lucha Underground contract was for five seasons. The problem was that the show stopped after season four leaving her and many others in a tough position.

“Listen, contracts are tricky. If you don’t have a lawyer or you’re too cheap to pay a lawyer, you’re screwed. I signed that contract knowing that I was locked in for five seasons. The problem was when some of us were not getting work in other places. And we were asking for work and they’re not giving us work, and then when we’re trying to get out so we can get work, they’re like, ‘no, you cannot work.'”

“So it was very frustrating that a year and a half, like literally, I have to bust my ass getting paid $100-$150 to make a living because I couldn’t f*cking do anything on TV. Sorry for my language, but I’m gonna be open and honest about it. It was very hard.”

WWE wanted Thunder Rosa to come in for a tryout, but it was for a referee position. She couldn’t make that tryout due to a hurricane.

Thunder Rosa also disclosed that she believes that she would be in WWE if Lucha Underground would have allowed her to be “Thunder Rosa” instead of Kobra Moon. We can only imagine that she is referring to being a WWE Superstar and not an official.

“You know, I said this, we signed the contract because we wanted an opportunity. A lot of us were hungry. A lot of us were new. We just wanted to be seen. We wanted that stage for us to, like, to get to the next level, which for me, didn’t pan out because I was wearing a mask. If I had been Thunder Rosa in Lucha Underground, I’d probably be in WWE by now.”

Lucha Underground had their own way of presenting pro wrestling. It was more of an entertainment show than a sports competition. This is why Thunder Rosa wore a mask as Kobra Moon and Ricochet did the same thing as Prince Puma.

That show is no longer running, but it took a lot to get out of those contracts. Ivelisse and more had to seek legal representation before El Rey Network would let them go.