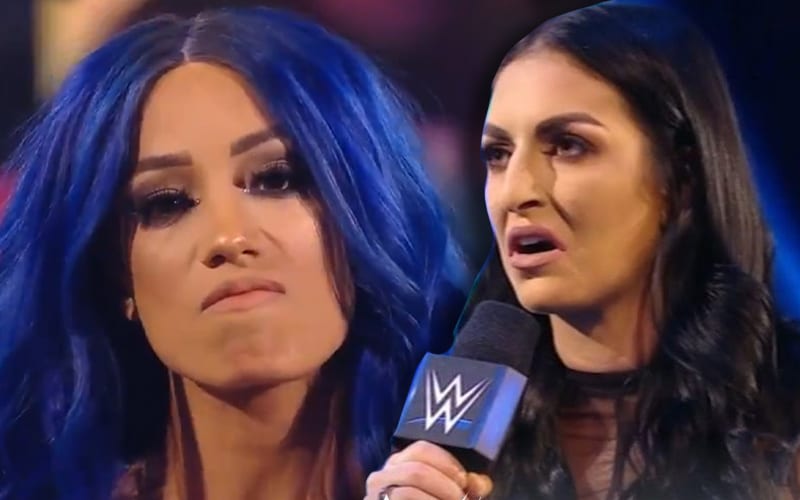 Sasha Banks cut a promo on Bayley this week during Friday Night SmackDown. A challenge was laid down for next week, and she ended her time on the microphone by calling the SmackDown Women’s Champion a “bitch.” The energy from that promo was familiar.

Sonya Deville cut a heated promo on Mandy Rose in recent memory where she concluded her speech by calling the Golden Goddess the same insult. A Sonya Deville fan page tweeted out a side-by-side video of the two promos, and Deville noticed.

The former Fire & Desire member sent out an Instagram story with the video. She also included a caption saying: “I see you Sasha Banks, you badd.”

We’ll have to see if the WWE Draft brings Sonya Deville back to television. She lost a loser leaves WWE match and has been out of action since SummerSlam. Deville might have something to say to Banks about her promo if they end up on the same brand.