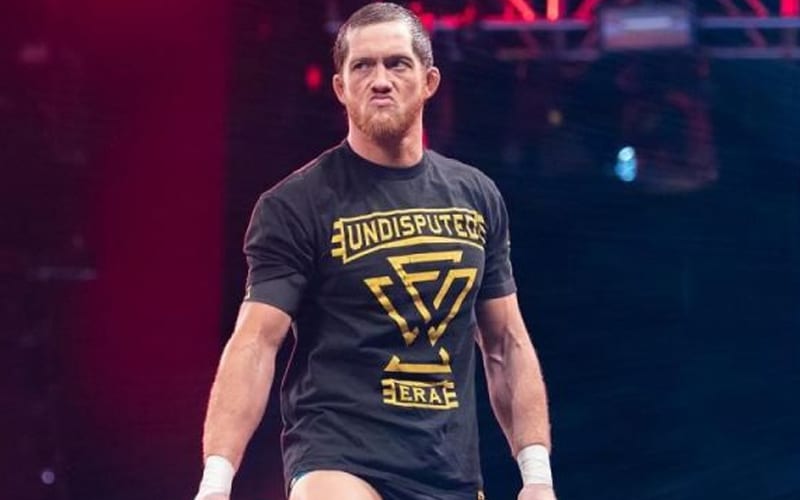 Kyle O’Reilly is set to take on Finn Balor at NXT TakeOver: 31 this Sunday. That huge match will see O’Reilly compete for the NXT Title, and that is an opportunity he couldn’t pass up. The past few months have been eventful for O’Reilly, but he spent a majority of time at home.

While speaking to the New York Post, O’Reilly opened up about his Type 1 diabetes and how it kept him from attending the NXT tapings. There was an elevated risk due to his condition and the pandemic, so he stayed at home during those “weird months” out of a “weird year.”

As for everybody, it’s been a weird few months, it’s been a weird year. At first, when this whole thing broke out it was scary for the reasons like you said, health being a huge part of that. As we learned more about what going on, I became more confident. As time progressed, I started chomping at the bit to return. You could only do so many garage workouts in a day to keep the cabin fever away.

After a while, I was ready to come back. The company had my health in their best interest. They weren’t going to risk anything with me. Once the opportunity finally came around to come back, all the precautions had been taken and continue to be taken. I felt confident and yeah, it was a long few months. I was ready to come back a lot sooner, but that’s the way things work out and I’m glad to be finally back.

Kyle O’Reilly couldn’t want to make his return to the ring, and it obviously paid off for him. His spot at TakeOver: 31 was encouraged by WWE experiencing an outbreak in NXT, but that reshuffling of the TakeOver card found Kyle O’Reilly in a match that could turn out to be career defining.