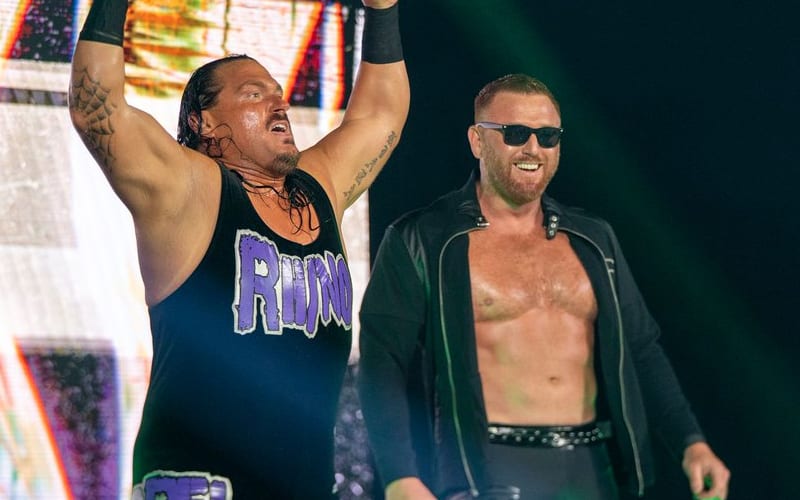 Heath Slater was released from WWE on April 15th, and he showed up at Impact Wrestling’s Slammiversary event. He was around the company, and appearing on television, but they hadn’t signed a deal with Slater. He was sneaking onto the show using various methods of disguise.

It’s unclear if this was all for the storyline, but either way they’re about to put pen to paper. Scott D’Amore informed Heath Slater following his match at Victory Road that he is set to make things official with Impact Wrestling on Tuesday’s episode.

Heath Slater tweeted out Impact Wrestling’s post about the segment during Victory Road. He said, “#Heath4Impact baby” along with the video. D’Amore gave Heath props for that hashtag when he told him about the deal.

You can check out a clip below from Victory Road. Heath getting a contract with this kind of storyline behind it has been a great way to introduce him to Impact Wrestling. Heath is teaming with Rhino once again, and they’re better than ever. Now we’ll see what he does next.

Heath might eventually fulfill the prophecy and become the third member of 3MB to be released from WWE and return to become a World Champion. He seems happy to be with Impact Wrestling right now.