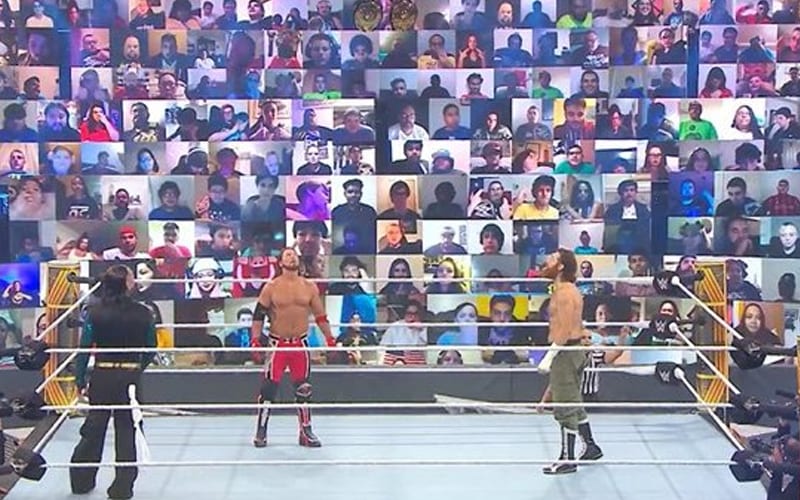 WWE moved to the Amway Center and their ThunderDome has been the home for the main roster since then. They are making plans to exit the Amway Center at the end of October, and a venue with actual fans in attendance could be coming soon.

Florida has re-opened into their third phase. That means restrictions which prohibited live crowds are no longer there. WWE has the ability to bring back fans and they are reportedly doing so for NXT TakeOver: 31 this Sunday as friends and family are invited.

During 83 Weeks, Eric Bischoff voiced his concern that WWE won’t be able to capture the same energy with live crowd as they did in the ThunderDome.

“I’m going to go out on a limb and make a prediction. If WWE shoots outdoors and they are able to put enough people into whatever venue they are looking at so that you feel that energy, then I think it’s a good alternative. My fear is that if they have to social distance, keep everybody apart, everybody has to wear a mask and all the other things that could happen, I think the outdoor venue may provide less energy than the ThunderDome.”

WWE might not have to worry about masks in their crowds if they pick the right venue. Under the phase three reopening plan laid out by Florida Governor Ron DeSantis, there will be no mask mandate nor will any fines be allowed due to not wearing a mask.