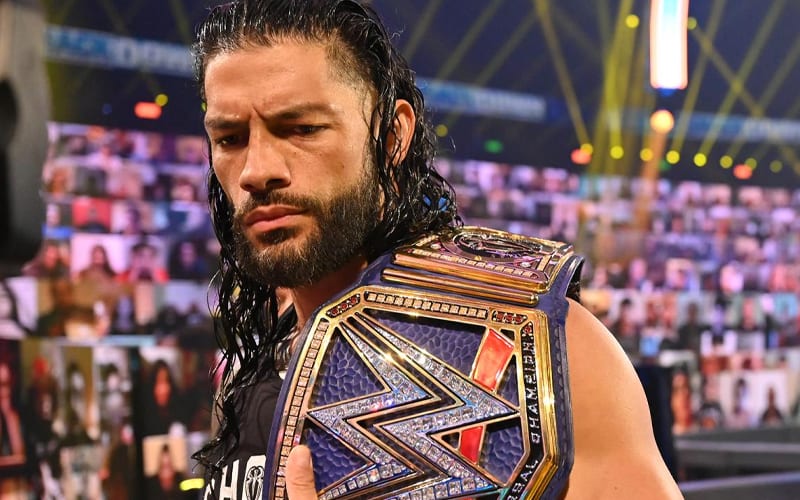 Roman Reigns’ return to WWE was a big surprise and it was followed by plenty more to come. Paul Heyman entered the picture as the Tribal Chief’s Special Advisor, and Reigns turned heel in the process. This completed his character the way Triple H sees it.

WWE used Paul Heyman was “a lure” to bring Roman Reigns out of quarantine. Now he gets to display a side of himself that he based off of Daniel Day-Lewis’ character from “Gangs Of New York.”

Triple H recently spoke to WWE The Bump where he praised the Universal Champion’s character change. He said that Reigns is now a “full finished product” after making that career-defining heel turn.

“I think what you’re seeing now is the full finished product. Everybody goes through some sort of evolution of who they are, what they want to be, what they want to accomplish with their life and their career. For Roman, I think it’s been different because of his family background and all of the Samoan Dynasty, so to speak. When you step into that arena with that pressure on you, including The Rock, it’s heavy on what you can accomplish and what you can do.

“When you look at Roman, it’s hard not to think this guy has everything possible to not only be a star in WWE but, you know, in anything he wants to do. He looks like a movie star, he’s one of the most athletic guys on the roster, he’s smart, he’s articulate, he’s composed. What we see now is the finished article.”

Reigns’ run as Universal Champion came with an additional surprise when Jey Uso became the #1 contender. Uso never submitted to Reigns, or called him the Tribal Chief. His brother Jimmy Uso ran down and threw in the towel for his twin in peril. This storyline could equate to many more interesting moments to come. Stay tuned.