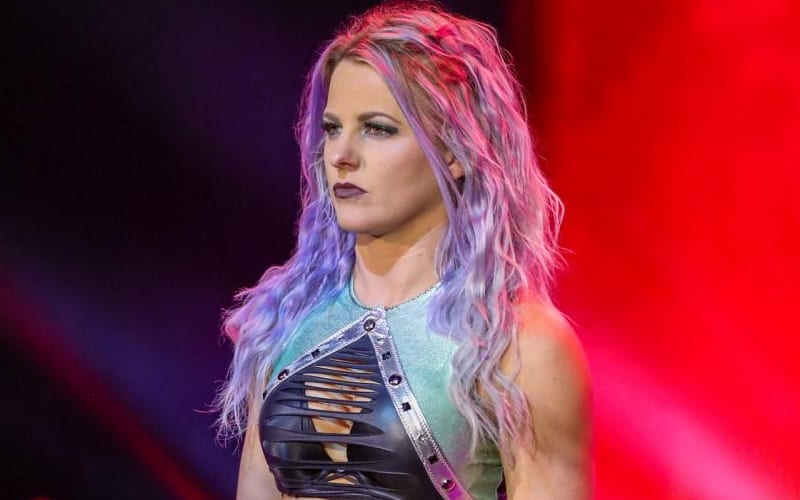 Candice LeRae is set for a big match at NXT TakeOver: 31. She will face Io Shirai for the NXT Women’s Title. That will be a huge test for her, but some fans still want to see the Pint Sized Pixie make her way to the WWE main roster.

While speaking to the Daily DDT, LeRae said she’s unaware if any plans are in the works for her. She loves NXT and the environment there. She’s obviously not going to turn down a WWE main roster opportunity, but she will continue to consider it as unreal until it happens.

“I feel like there’s a lot of things that happen around me that I almost make myself ignorant to just because I never want to get my hopes up, I never want to assume something. Even going into the Battle Royal, I didn’t want to assume that I can be the person to win this because you just don’t know. I can honestly tell you that the Royal Rumbles that I’ve done and the WrestleMania that I was a part of, it wasn’t real until I was in it. I’m so thankful that there were people that reminded me that was a thing that was happening and to tell me to take a second to take it all in because it happens so fast. It’s like a wedding day. It goes by, happens, and then you’re like, ‘Oh wait, that really did happen?’ If something is in the works, then I’m not aware of it, but nothing’s real until it is.”

“I’m very biased, but I love NXT. I really love the environment, and for me, so much of it is feeling a certain way when you’re wrestling as a fan and there’s something about NXT for me that feels like home and I feel like I belong in NXT. It makes me so happy and I always feel like the talent there push me to be my best because no matter how long I’ve been doing this, I’m always trying to get better. I’m never going to be perfect, I always want to be better, and I feel like NXT forces me to do that. It forces me to be at my absolute best at all times, and I love that. I love feeling that anybody can take my spot at any moment and that I have to just go. I love wrestling, so as long as I don’t have to stop wrestling I’m fine anywhere, but I just love NXT so much. I can’t stress enough.”

Vince McMahon doesn’t let Superstars know about any draft plans so he can garner an organic reaction. The WWE Draft is coming up very soon, and the company is working on the lineup for that two-day event. Candice LeRae will likely remain focused on her big match at TakeOver and let the chips fall where they may.