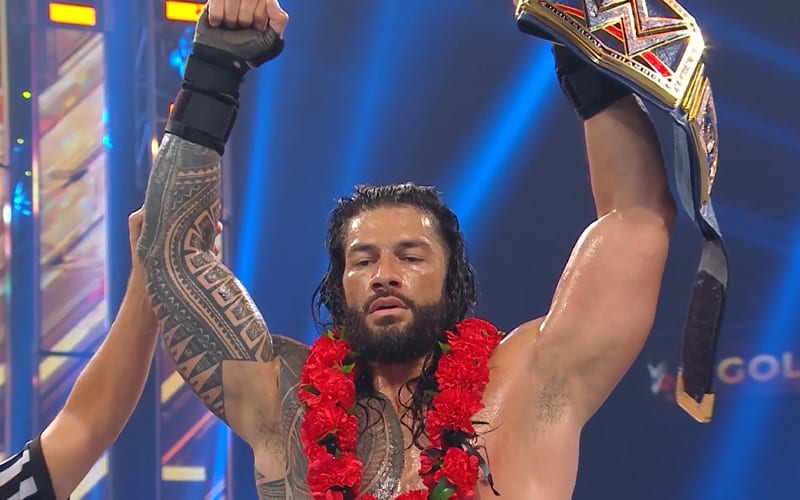 WWE announced a big segment for Roman Reigns this week as he will be officially crowned the Tribal Chief.

The company previously announced a big IC Title match for this week. Sami Zayn will defend his newly won title against Jeff Hardy. Roman Reigns will be on hand, and the company announced something special for him this week.

Since Paul Heyman started with Reigns he has introduced himself as the Special Advisor to the Tribal Chief. This will be made official this week as WWE announced that they will crown Roman Reigns as the Tribal Chief.

The official preview from WWE asked whether the Anoa’i family will accept Roman Reigns’ new dominate position. Jimmy Uso admitted that Reigns was the Tribal Chief, but Jey Uso did not. This could be interesting as things continue to unfold on the blue brand.

Roman Reigns and Jey Uso had a gripping match at Clash Of Champions Gold Rush. The story might not be 100% finished between those two. We’ll just have to see what they have figured out for this week.