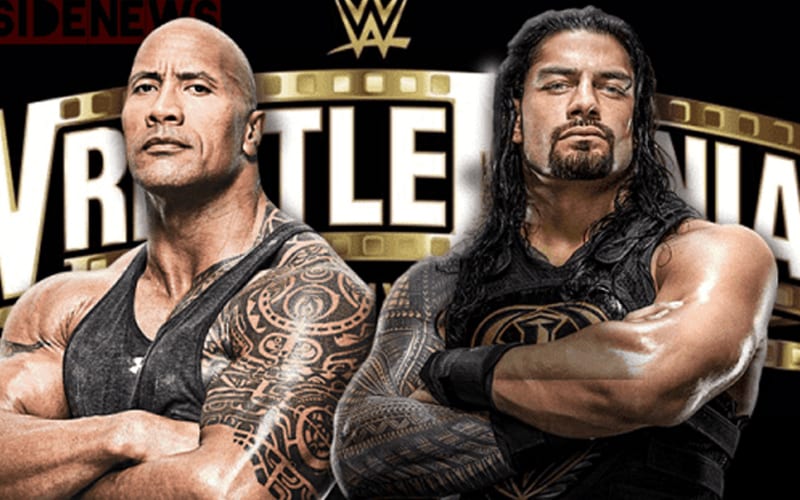 Roman Reigns’ new bad-guy persona is something that is being loved by the majority of the WWE Universe. The Tribal Chief plans on wrecking a havoc on SmackDown and run through the entire roster with his advisor Paul Heyman by his side.

However, ever since Reigns’ return, fans have been pitching dream scenarios for a potential Roman Reigns vs The Rock match at next year’s WrestleMania. Reigns’s recent feud with his cousin Jey Uso received a lot of praise from everyone, including the Great One himself and many are wondering if this storyline could eventually involve The Rock at some point.

While appearing on Complex’s Load Management Podcast, Reigns commented on the possibility of going up against his cousin, The Great One at WrestleMania next year.

Reigns said that he is the Guy who can finally bring the Rock back into the ring. He said that he would have to become a really monumental bad-guy if he were to go up against a mega-star of The Rock’s caliber.

I think I’m the guy. If there is anybody that he would feel comfortable with in the ring, and have the proper build up and can rise to that occasion, there’s no doubt I’m the guy. We will definitely have to crack a lot of eggs to get to that.  That’s just good TV. Going forward and building a really dominant bad guy within myself and here comes the astronomical superstar, there has never been a guy on his level.  You would have to build that villain to get to that point.

Reigns has quite a few months on his hands to explore the Dark Side and become the ultimate Bad Guy in the WWE, a worthy threat for the Great One – The Rock.