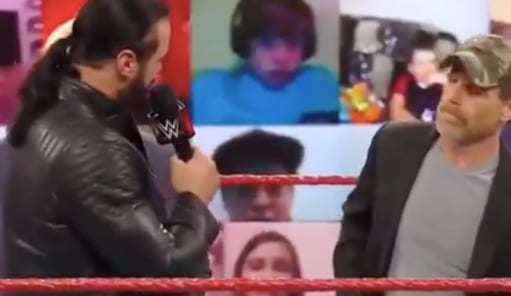 Drew McIntyre’s WWE Championship reign continued at Clash of Champions after he was able to successfully defend the belt against Randy Orton.

On Monday Night RAW, Drew went down to the ring and thanked Big Show, Ric Flair, Shawn Michaels and Christian for their assistance throughout his career – recognizing the four men that Orton had seemingly put on the shelf with his recent attacks.

Unfortunately for Drew the good times didn’t last all too long as Orton went backstage and attacked all four men once again.

This was one of the coolest moments of my career. Nothing over the top, 100% real & an opportunity to recognize those who helped me become the Champion I am today….and now it’s tainted.

Randy, you’re going to find out the hard way why I was known as the Scottish Psychopath

It seems as if we’re setting up for McIntyre vs Orton III at Hell in a Cell which will almost certainly serve as the payoff for this feud.

Randy appears to have the upper hand right now but after losing to Drew twice now, many fans may not buy him as a legitimate threat anymore.