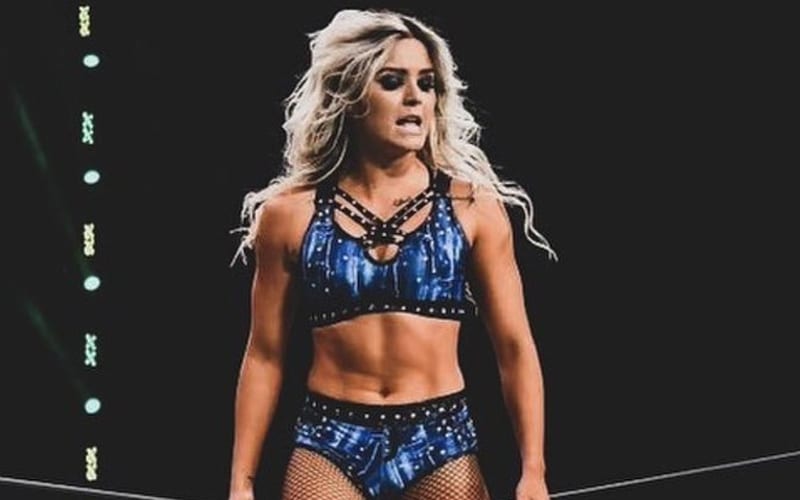 AEW signed former WWE NXT Superstar Tay Conti, and she’s now doing her thing to rise up their women’s division. This new evolution in her character saw a lot of growth, and it took some work to even change her gear.

Conti revealed on social media that wrestling with her arms exposed and without low waist shorts “was a challenge.” This was part of her attire in NXT, but she switched things up when she entered an AEW ring.

She remarked that it took a “good amount of therapy and mind work,” but she’s now able to wrestle while feeling comfortable.

I know I always post [bikini emoji] pics but being in the ring without long sleeves and with low waist shorts was a challenge. A mental insecurity that almost nobody believes I have it but yes I do. After a good amount of therapy and mind work, I did it. We all should feel good in our own skin

Posting bikini photos is different than wrestling. There is a lot more activity and the chance that something can go wrong. Wardrobe malfunctions are a constant concern for anyone. It’s good to know that Tay Conti was able to overcome this obstacle.