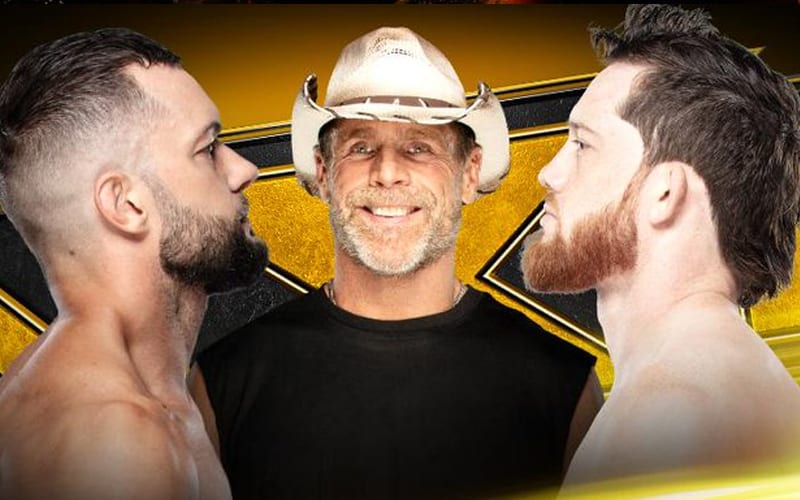 WWE will hold another TakeOver event this Sunday. TakeOver: 31 will feature a card that looks far better on paper than some fans expected after NXT was forced to book around a COVID-19 outbreak.

This week on NXT will see the final segments to wrap up those storylines before TakeOver 31. WWE Hall Of Famer Shawn Michaels will be on hand as well.

HBK will host a face-to-face with Finn Balor and Kyle O’Reilly prior to their NXT Title match. We’ll have to see what kind of shape the Showstopper is in after Randy Orton destroyed him with a chair on RAW.

Johnny Gargano and Candice LeRae will also continue their paths toward TakeOver. They are both in title matches during the Sunday special. Gargano is vying for Damian Priest’s NXT North American Title and LeRae has a match against Io Shirai for her NXT Women’s Title.

Damian Priest and Io Shirai will team up to face Johnny Gargano and Candice LeRae this week in mixed tag team action this week on NXT.

Also, Isaiah Scott will get another episode of NXT to build toward his NXT Cruiserweight Title opportunity against Santos Escobar. We’ll have to see if the NXT Tag Team Champions are able to make the show. Tyler Breeze was absent last week and those titles have yet to be announced for a TakeOver match.