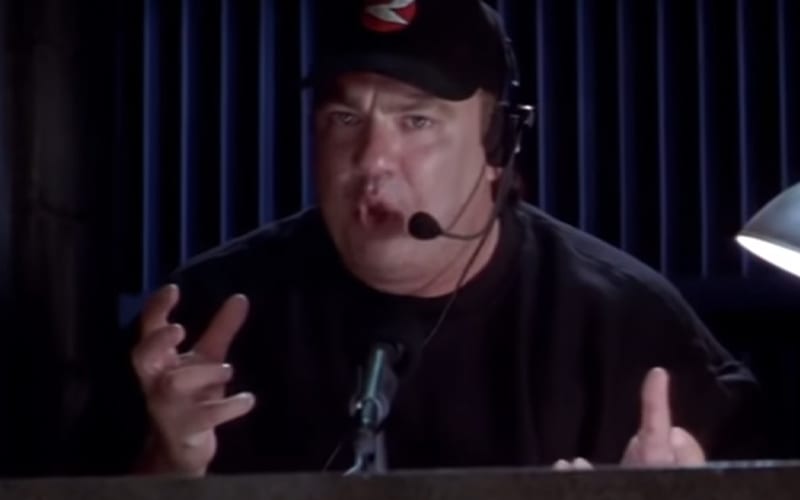 Paul Heyman became famous for running ECW and many fans remember him as the leader of that band of upstarts in pro wrestling. They were looking to take down the massive competition all around them, but New Jack claims that Heyman didn’t “give a f*ck” in reality.

New Jack has a podcast called Safe Space, and he used that platform to rip into Paul Heyman a bit. He said that Paul Heyman’s booking for ECW got to the point where it didn’t make any sense. Then Heyman allegedly lied to the ECW crew when he told them that he was going out to Los Angeles get a new TV deal. In reality, Heyman was filming the 2002 film “Rollerball.”

“Basically, the writing was on the wall. Paul E started booking shows that didn’t make no God damn sense. The angles he was booking, they didn’t make no sense. He was just in a corner with a pad, ‘Him versus him, he wins. Next match,’ and everybody was like, ‘What the f*ck!?’”

“Paul E came out one night and he said, ‘We got a new TV deal out in LA.’ He said, ‘And I’m going to L.A. and I’m not coming back until I got the deal signed.’ Do you remember that movie they did called Rollerball? That’s what he was going out to L.A. for, to do Rollerball. He wasn’t giving a f*ck about us, and I was the first one to jump ship. I was like I see this sh*t coming. I don’t need this bullsh*t no more, I’m done. So I left and I went to XPW.”

Paul Heyman is now the Special Advisor to the Tribal Chief Roman Reigns. He left those ECW days behind him. New Jack hasn’t forgotten about those times and he might remember them a bit differently from the way WWE likes to tell the story in their official documentaries.