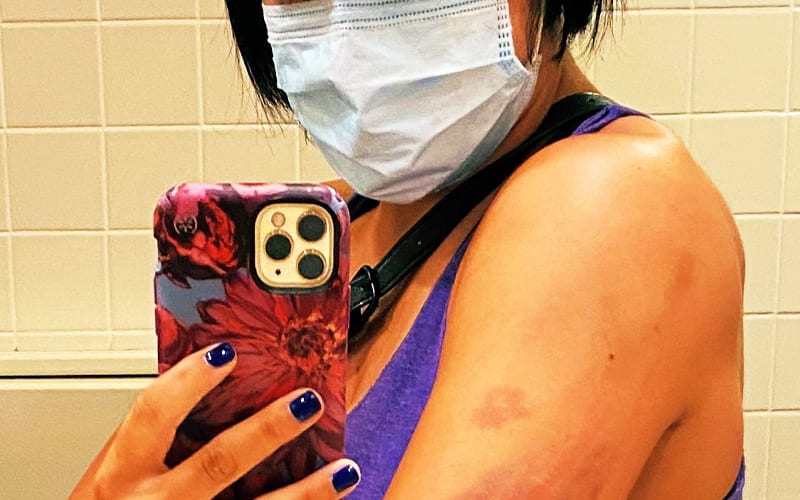 Bayley got a big surprise at Clash Of Champions Gold Rush when Sasha Banks ran out and destroyed her with weapons. Now the two are destined to collide at Hell In A Cell on October 25th. Bayley got something out of that segment that she was able to take home with her from the ThunderDome: a bunch of bruises.

The SmackDown Women’s Champion sent out a tweet to provide an illustration of the damage that The Boss left. Bayley didn’t seem happy about it either.

“She is done for,” Bayley tweeted out as a caption along with a photo of her bruised-up arm. Bayley was also sporting a mask so it’s likely that she was out in public, possibly at the gym.

This selfie is further proof that Sasha Banks has a lot of aggression that has been building for quite a while. Now Bayley and Banks will get to have that feud WWE has teased for month.