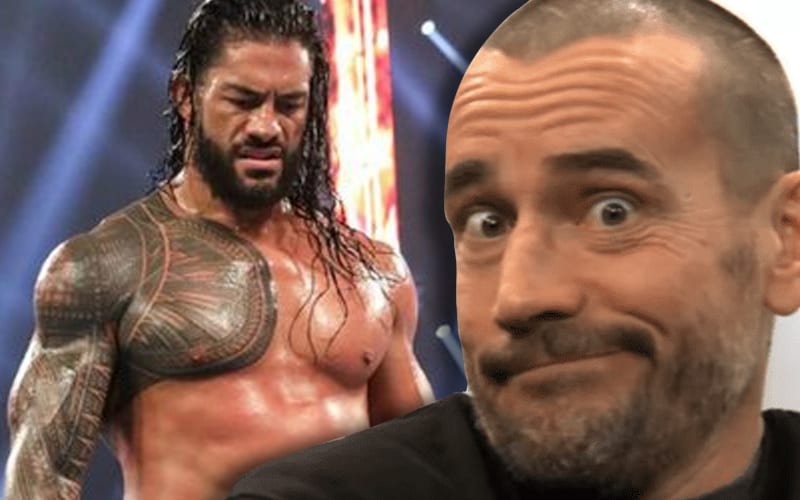 CM Punk is a controversial character. Some fans love his brazen attitude, but others might not give the best referral.

Loaded Management podcast recently spoke to Roman Reigns where he discussed Phil Brooks in a very blunt manner. The Tribal Chief and The Second City Savior could lock horns in the ring someday, but if that doesn’t happen Reigns might not be too broken up about it.

Roman Reigns said that he doesn’t like CM Punk, and he doesn’t know many people who do. If Punk ever returned, a contest against the Universal Champion is a dream match. He’s about putting business before anything, so it if happens Reigns knows it is a big money match fans would want to see.

“All the way from someone as big as The Rock to someone like CM Punk – someone who really hits home with our audience and hardcore fans. If you’ve watched wrestling for the last 10-15 years and love it and it’s in your blood, then you probably have some kind of feelings about that guy. I know I do. Just by doing one of these things, he made my job a lot harder. If it’s something that the fans can get behind and can sink their teeth into and really dive into the creative with us, then I’m willing to do it.”

“I don’t like the guy. I don’t know many people who do. I just don’t know many who do, but I’m willing to put business first and make really good content if that’s the case. He’d probably have to be slapped around a few times in order to get his mind right, but if he’s willing and the fans and audience are going to like it and be into it, then most likely I’m going to be into it.”

CM Punk has given zero indication that he is interested in a return to the ring. Roman Reigns probably doesn’t have to worry about facing him anyway, but it’s very interesting to hear him speak on the matter.