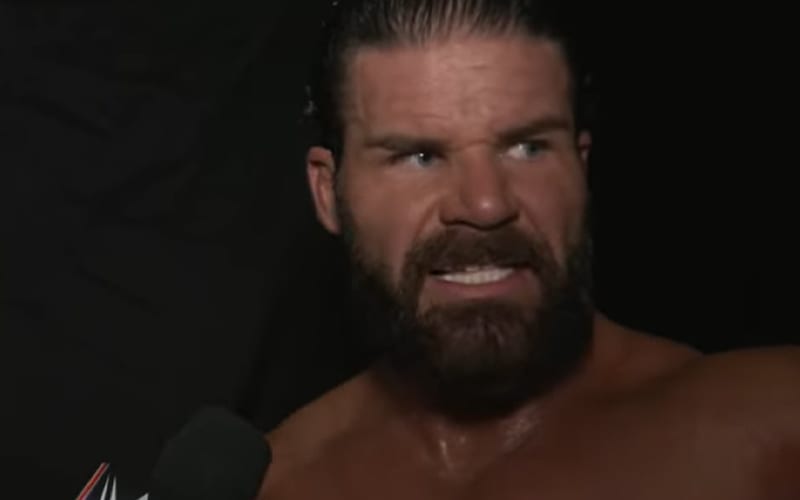 Robert Roode returned to WWE RAW this week and he received a WWE Title opportunity. Drew McIntyre defeated him, but Roode isn’t finished yet.

Roode said that he held the NXT Title for 8 months and then Drew McIntyre took it from him. He never forgot about that loss. He sat at home for far too long and now he’s back and doesn’t plan on missing any more time.

“For the last seven months I had to sit on my couch at home and I had to watch week after week Drew McIntyre that cocky 7-foot tall son of a — walk out to that ring every week, kick people in the head, walk around like he’s the cock of the walk. I was sick of it. Dolph was sick of it. Dolph Ziggler, one of the best damn performers this company has ever seen — been there for a decade and every week in RAW Underground he has to prove himself every week — this man shouldn’t have to prove himself to anybody — I shouldn’t have to prove myself to anybody.”

Roode said he saw the opportunity and “I was that damn close.” He seems motivated to not let any more chances slip through his fingers, whether the COVID-19 pandemic is around or not.

Roode wasn’t happy about sitting at home for 7 months after being in the business for 23 years. He promised that they will be back next week and “there will be a different result.”